For those of us who have come to know John Lewis as being an institution in itself, it might be hard to believe that their Christmas ad campaigns started only 6 years ago and have since become legendary. This year’s Christmas ad, ‘The Bear and the Hare’, debuted on ITV’s ‘The X Factor’ on Saturday night, 9 November, and has been making waves ever since.

Stories and Christmas have an aura of romance around them. Animals and heartwarming stories are one recurring Christmas theme most people warm up to. So this year John Lewis has chosen to reach out to viewers across the globe with its story about the hare who had never seen Christmas.

The ad launched on the X factor on 9 November, following which customers and budding musicians alike will be able to upload their own versions of the song from the ad, Keane’s “Somewhere Only We Know”, to the YouTube website.

Lily Allen has also recorded a “good luck” message on the channel.

The best version of the song will be picked by a panel of judges including Keane next month, and the winner will be taken to a London recording studio so their cover can be screened in a one-off John Lewis ad on Christmas Day.

The video based campaign even gives their audience a peek into the making of the ad. 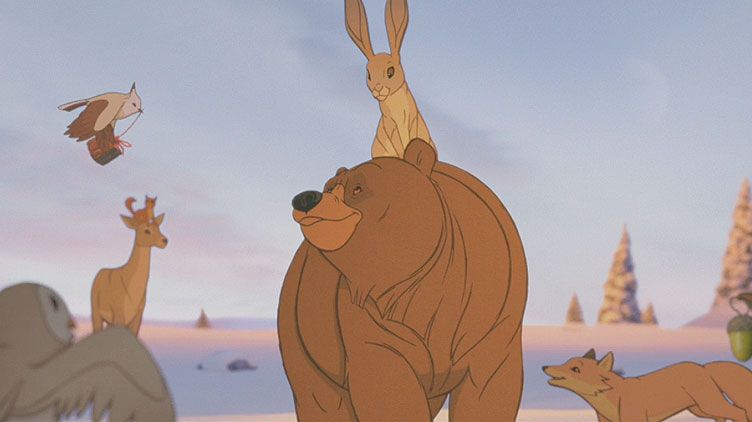 The ad prompted 86,300 mentions on Twitter over the weekend of the launch, according to research from the agency ‘We Are Social.’

This was a pretty good rise from the 66,800 mentions, or 29%, it had received in its launch weekend last year.

Around 80% of the tweets lauded the ad, describing it as “cute” and “sweet”, while 5% of tweeters claimed the ad had reduced them to tears. Only 1% of tweets were outright negative about the ad and John Lewis.

The campaign also had a positive impact on the brand’s social media presence. Over the weekend, John Lewis acquired 12,000 new Facebook fans, 7,000 new Twitter followers and 4,600 additional subscribers on YouTube.

The endearing story of the bear and the hare is with its own charm, and the animation and effects are truly heartwarming.

There is nothing I would add to the campaign. However, John Lewis was faced with accusations that the concept of the ad had been plagiarised after social media users compared its plot to that of children’s book ‘Bear Stays Up for Christmas’; John Lewis were able to defend these accusations against them pretty well.

Expressonline, UK, conducted a poll to discover which of the high street store’s Christmas ad campaigns has been most popular, and almost half the voters chose last year’s heart-warming ad as their Christmas number one. A massive 43 per cent of those who voted chose the 2012 tale of a snowman hunting for the perfect gift to give his loved one.

The Bear and the Hare Right is yet another feather in John Lewis’s hat as they continue to be diligent and consistent in making their Christmas ads legendary while working hard to distinguish themselves from other retailers. The ad campaign has only consolidated its position as a tech and media savvy retailer with a flair for storytelling.