[Update] The agency recieved a response from CAG. The author has updated his original blogpost with this:

“Indian CAG team got in touch with me today.

They have promised to sort this over a call at 3pm tomorrow and commit on the payment date.

According to the conversation I have on the call, I shall update this blog accordingly. As of now, the previous content has been replaced temporarily, based on their assurances.

Big thanks to everyone who has supported this. The idea is to ensure everyone gets the due for what they do.

Eccentric Engine, a Mumbai-based Digital Marketing Company, has gone public with the claim that BJP, their client, in form of Citizens for Accountable Governance known as CAG, has defaulted on their payment of INR 5 lacs. We came across the blog post that is now going viral, written by Varun Shah, Co-founder at Eccentric Engine where he describes the nature of work delivered, the results it got, and the long due payment awaited details.

Would like to make it clear I have no political affiliation. This is just an attempt to get our money from a client, a regular affair in India.

I am one of the Directors of a Digital Marketing Company. We worked with Citizens for Accountable Governance (CAG), which promotes Mr. Narendra Modi. We made a video about introduction to CAG in November-December 2013. We also conceptualised, designed and developed the web site for ‘Run for Unity’ which was an activity conducted by Mr. Modi in December 2013.

The site registered more than 1 million registrations and was used throughout the campaign. The total outstanding amount payable to my company is more than INR 5 lakhs. Despite over 100 phone calls and over 10 mails there is no response.

Records on email Clearly confirm the order and delivery of work.

We reached out to the agency to understand the authenticity of the blog post and the reason for them to go public with this.  “I have resorted to a blog post because I have tried all other means possible to get in touch with CAG. We have sent them emails, messages, also made numerous calls but to no avail. We even sent a resource to Gandhinagar, where CAG office is believed to be. Since we did not have an address to the CAG office our man had to go scouting in the city to no consequence.” Shared Varun Shah.

Explaining the work Eccentric Engine executed for CAG, Varun goes on to ask pertinent questions from Mr. Modi and CAG.

As any self respecting business owner I need the money for which my team and people worked hard. I am also concerned about the level of governance and business ethics we are headed towards, if this is the kind of approach shown by the party that promises to bring ‘change’.  Hope this is nothing more than a delay and we get our due quickly.

I am attaching screenshots of work we have done for reference. Here is the video we have made for them:

My questions to anyone from Mr. Modi’s team or anyone from CAG who is willing to come forward and please speak up-

1. Was the Run for Unity site mentioned in this blog, not used for the campaign in December?

2. Was the CAG Introduction video not made on confirmation of the order by CAG (in this case Mr. Anuj Gupta)

3. Why has the vendor not been paid? 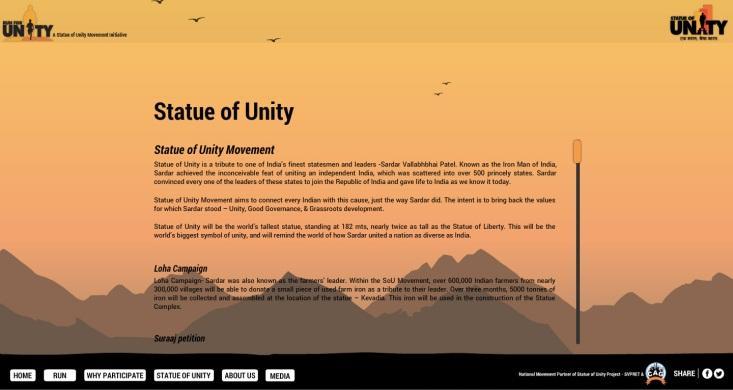 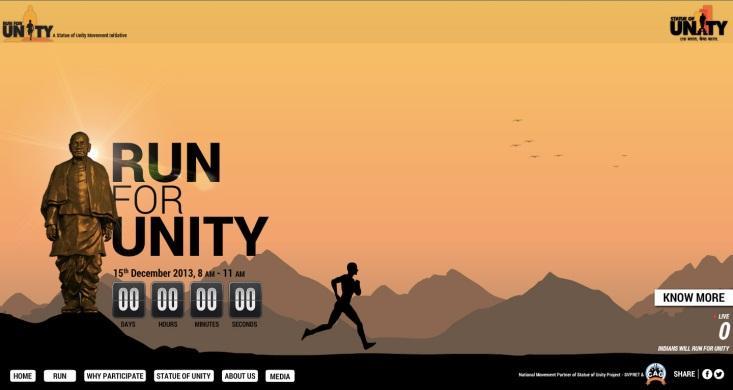 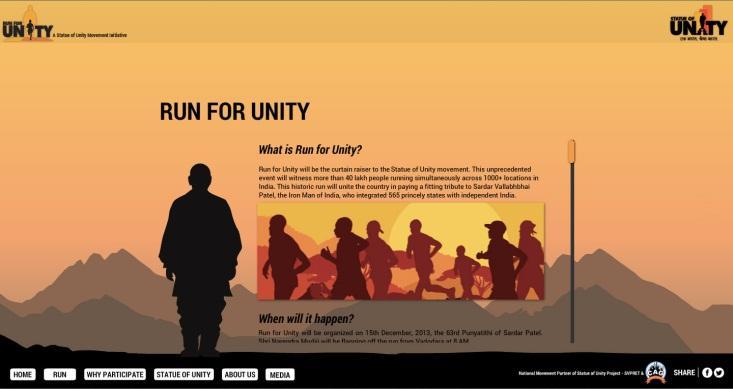 If the above is to be believed, it is not the first time this has happened. We have also heard of agencies handling social media profiles of politicians and parties being paid in cash. No bills created, no invoices generated, just plain under the table transactions.

Social media for politicians, this election, has seen many hands exchange money. Agencies are hired to handle social media properties like Facebook , Twitter and the lot. Many of them have been asked to carry out hashtag campaigns, live hangouts or even creation of fake accounts to create the needed buzz.

It is interesting to hear the various arrangements being made between parties and vendors. Many agencies are taking up projects to maintain relationships with influential candidates while many others are doing it to genuinely support their favorite politician.

Have you had any such experiences?