Believed to be one of the most expensive Indian films of all time, Dhoom 3 will be released on 20th December, 2013 in regular 2D and IMAX formats. As a run up to its release, the makers of Dhoom 3 have pulled out all stops and used social media to their advantage. By spreading the campaign across multiple social media platforms, they have got people talking and engaged about the film four months ahead of the release. Here is a look at the promotional endeavors of Dhoom 3:

Spread over a year starting December 2012 in a run up to the film’s much awaited release in December 2013, the main objective of the social media campaigns of the film have been to build up the buzz slowly, but consistently. The year-long initiative has built up to a crescendo and sought to keep audiences engaged and entertained without giving away the story. In a first of its kind move, the title logo of the film was released in a video that credited the main roles of the film. The score for the video constituted paced beats and electric guitars, and was released on Christmas 2012 through Yash Raj Film‘s official Youtube channel, confirming the film to be a Christmas 2013 release. The first working as well as promotional poster was also released exactly a year prior to the actual release date of film.

Youtube has been one of the primary platforms for Dhoom 3’s promotional campaigns, with extensive teasers and trailers, and the Dhoom Machale song being released there. The theatrical trailer was released in the IMAX format on 30th October, 2013 and simultaneously launched on YouTube.The trailer also became very popular on YouTube India garnering more than 4 million views within 6 days, and subsequently 12 million views in 20 days.

Here is a look at the number of views acquired by each of the videos released by YRF till 7.40 pm on 14th December, 2013: Besides that, the recent Join the Chase Contest, hosted on a Facebook app had people talking and playing to win the 1000 CC BMW bike that Aamir Khan rode in the film. Now that’s what you call a “Dhoom”!

The Twitterati have been enamored with Dhoom 3 since the release of its trailer.  The trailer has been the talk of Twitter town since its release and #Dhoom3 was trending. Everyone from celebrities to fans have given the thumbs up to the trailer of the film starring Aamir Khan, Abhishek Bachchan, Katrina Kaif, and Uday Chopra.

The countdown to the film’s release is on at https://twitter.com/Dhoom3TheMovie

You can have a look at who is talking about what as far as Dhoom3 goes to see just how much buzz there is right here. http://twitter.whotalking.com/topic/Dhoom+3. The power of images is what you see on the film’s pin board on Pinterest with posters and pictures of media events, with the common theme being the countdown to the release of the film.

With thrills and chase being the central theme of all the Dhoom movies, a game to match the idea was the right way to promote the film and keep people engaged and interested in it. A mobile game for all the smartphone users to enjoy the gaming experience of their favorite Dhoom 3 characters was created. On 25th October, Yash Raj Films launched a game based on the film for Windows Phones.

The 3D game, set against a Chicago backdrop, opened like a film, with Aamir Khan’s character pulling a heist. The player then had to overcome the crime-fighting duo comprising of Jai Dixit and Ali (played by Abhishek Bachchan and Uday Chopra respectively). A thrilling, action-packed chase on super fast bikes followed through the mean streets of Chicago, with players having to dodge heavy traffic and obstacles, collect coins and achieve the maximum score.

Within 20 days of its launch, the game had over 1 million downloads on the Windows Phone Marketplace and Nokia Ovi Store.This was followed up with the release of the Android, iOS and Blackberry 10 version of the game on 19th November, 2013.

The social media initiatives of the film covered all the major platforms and networks. The posts, updates, games, and apps were introduced in segments ensuring that the audience had enough time to assimilate what was being put forth. At the same time, things never became boring with regular twists and turns being introduced in each social media endeavour.

Strategic partnerships with major brands further worked to its advantage and supplemented its promotional efforts. Dhoom 3 has collaborated with ICE X Electronics creating a range of electronic gadgets inspired by the film. A tie up with Mattel, the giant toy manufacturer, led to the creation of a limited-edition ‘Action figure’ of the clown thief in the movie played by Aamir Khan and the ’Barbie Collector Dolls’ of the sizzling Katrina Kaif. 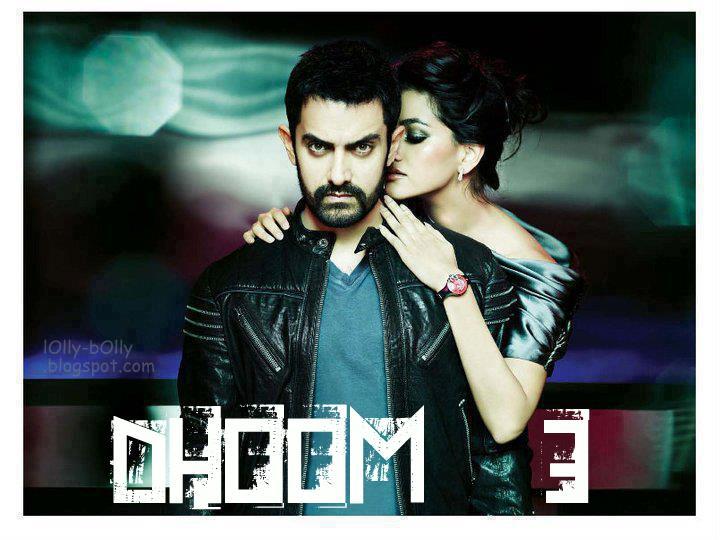 Dhoom 3 has an extremely well thought out and well implemented social media strategy covering all major social media platforms. There is really nothing I would add to the way they have done things.

With several strategic partnerships and a very engaged audience on social media networks, Dhoom 3 seems to have its course charted out well. The key has been creating a “Dhoom” and on that front, they have been very successful online.